How do you foster an educational reserve in the local authority

“I came back to a dream. Suddenly, on a stormy winter evening, I awoke back into a dream – an ‘educational pioneer’ program meeting in Harish at Etgarei Ha’atid School. Three magical hours in a delightful space. The truly important part of the story takes place where it was originally meant to be, in the real field of education – in the great (but modest, smiling, good) spirit, in the open hearts of the physical, loving and direct meeting between people who believe in life, human spirit and its ability to live a life full of curiosity, enthusiasm and action.” 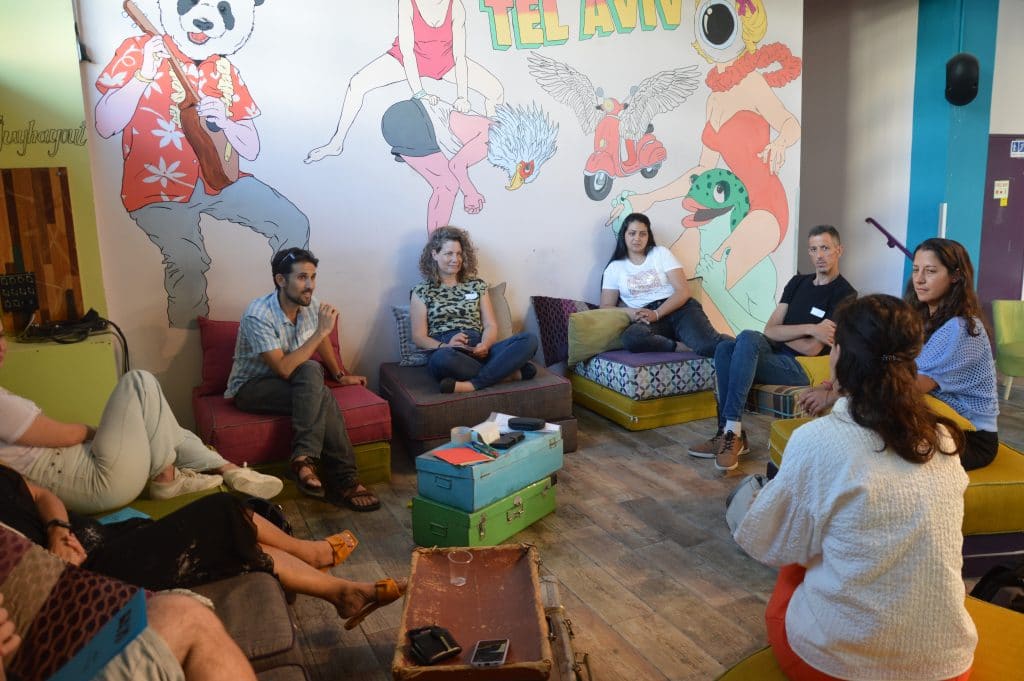 The Educational Pioneer Program in the Authority

?How did it all begin

We launched a call for proposals all over the country to join a pilot for the creation of an educational-authority leadership group in 2021. Four authorities jumped on the wagon – Nesher Municipality, Golan Regional District, Harish Municipality and Tirat HaCarmel. During this unique and challenging year, each one went through a journey of discovering the strengths and goals of their authority. By the end of the year, each could see the capacity of the educational leadership within the authority to create and cultivate significant actions toward partnerships.

Educational leaders who develop out of the local authority, who live and work within it, are a valuable resource for the latter, whose interest it is to develop and leverage an authority language. Managers, educators, and teachers – who were raised in the city or are raising their children in it, participate in leisure and cultural city events, and are involved in municipal issues not just in the field of education, but in a variety of areas of city life – know the authority language and can make a significant contribution to the development of such a language.

For the third year, the Nesher Municipality is building a common educational language for all the educational spaces in the city, from preschool through grade12, formal and informal. In this framework, the Educational Pioneer program has joined the process in order to grow educational leadership in the city, which can deepen and continue the education-authority language.

The Nesher Partnership Team at the Democratic Institute – Sharon Shimoni, Director of Partnerships; Michal Ben Zaken, Guide for the Pioneer Program in the City and School Guide; and Anat Ben Ari, Early Childhood Guide – worked together with the educational directors in the city and teams in the field, in order to develop the educational language and build the city’s chief educational leadership.

Within this framework, a logical educational-municipal model was developed. The model works with developing habits as an infrastructure for education, which lead to the child’s optimal growth as part of society. This way, for example, the city chose to advance habits such as: independent learning, social and environmental responsibility, partnership, intellectual flexibility and body-mind awareness.

Examples of unique, unconventional initiatives that were developed within the program are:

Establishment of a “pod-track” in the school to replace the familiar kiosk and allow a different kind of meeting between students in the school. ​

An initiative for a modern art project presented throughout the entire city. ​

A narrative change project with special education students. The pioneer who initiated the project developed a learning method for telling success stories, which develop motivation, and help overcome past traumas and unhealthy habits. ​ 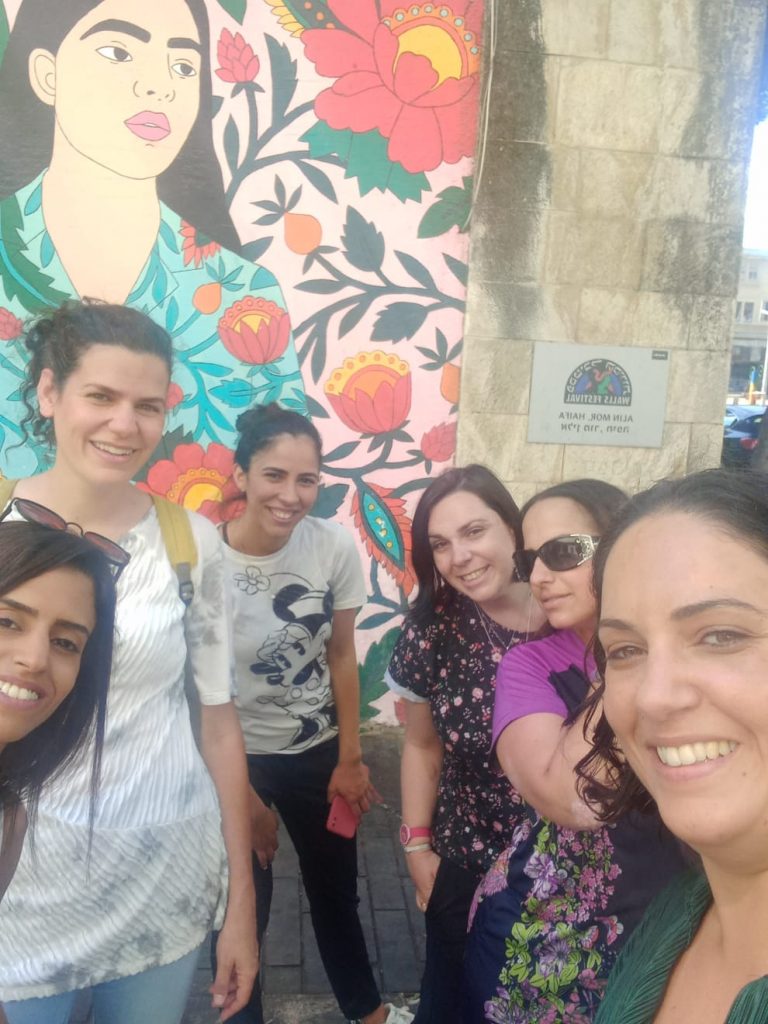 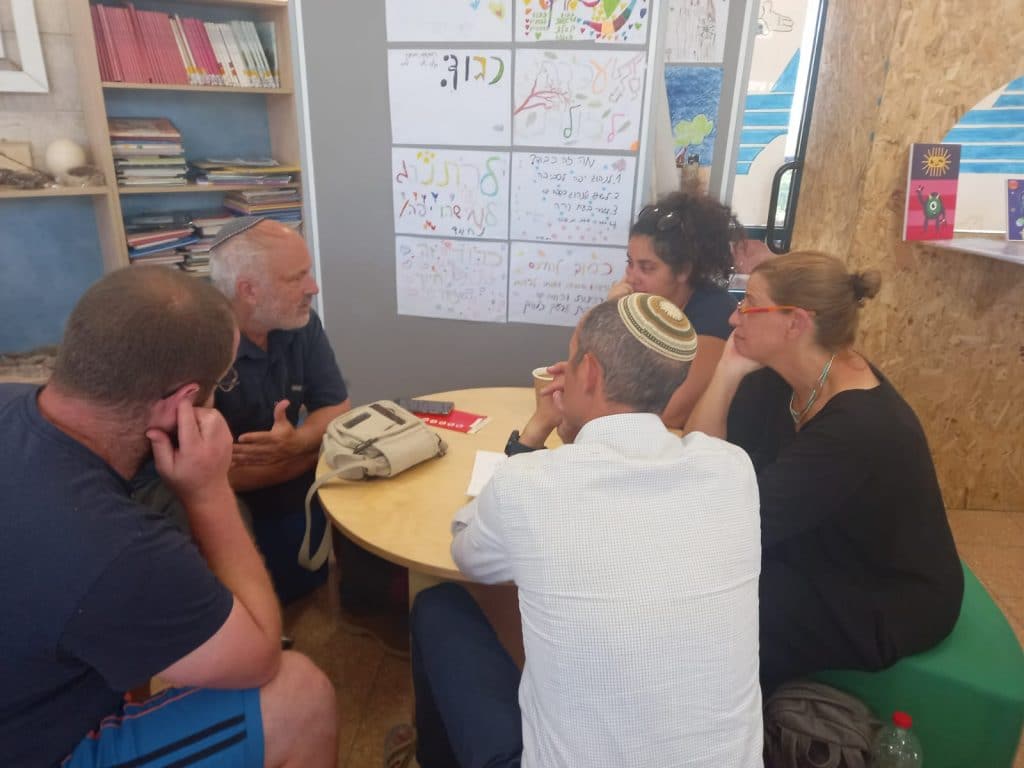 The Golan Regional District faces a unique educational challenge, being a geographically distributed authority. As such, for instance, it takes 40 minutes to drive from the north to the south of the Golan Heights. In addition, the diverse population that lives in the district area belongs to educational institutions that are far apart, both physically and ideologically. The challenge of the educational pioneer group in this authority is to create meaningful connections between educational views which share a minimal common language.

The pioneers, who constitute a microcosmos of Israeli society, managed to create connections among them, and thereby overcome the challenges of difference and distance. The unique geographical area of the Golan regional district constitutes a personal strength for each of the schools, but also a challenge to finding a way to utilize it for educational endeavors. The goal of the program is to use the geographical environment, containing unique tourism sites, landscapes, topography and history, as a form of learning. The aspiration is that schools will initiate collaborations with the environment in order to individualize the educational-authority language. Some examples are: investigating and studying the topography in the environment of the school; conducting experiential field studies in the subjects of tourism, history and nature.

Moreover, the students will be able to advance social initiatives such as advancing the Golan trail, creating day to day connections, as well as in other systems in their life, in the form of partnerships with businesses in the area and getting to know different populations in the authority region.

Harish is a city that is growing and developing very rapidly, and contains diverse educational structures from all sectors of Israeli society. The city’s Head of Education Department, Israel Shalev, envisioned, with the opening of the program “Educational Pioneer”, a city with learning spaces, designed and operating out of pedagogical innovation, while educational evaluation is not done by exams but an alternative form.

Four managers from three schools in the city became a part of this vision (Etgarei Ha’atid High School, Maayan Ha’Emuna and Torat Haim). In addition, pioneers from the city’s diverse populations joined them: Arabs, Orthodox and Ultraorthodox Jews, and Secular Jews. We, Directors of the Democratic Institute’s Educational Pioneers group, Yuli Heromechenko and Heli Naftalovitch, along with the Program team in Harish, Avigail Rosh Ha’i and Ariel Benisti, opened this work year with a festive, first face-to-face meeting with all the participants. But a short time after the activities began, lockdowns went into effect due to coronavirus, and the rest of the meetings took place remotely. This constituted a challenge for the group, which was forced to build trust and relations with their peers, and arouse motivation for innovation. However, the group succeeded in the challenge and managed to achieve its goals! At the end of the year, the pioneers presented their groundbreaking educational initiatives to the Head of the Education Department, Israel Shalev, and other authority officials, in a concluding meeting at the district hall.

Among the initiatives presented were: A pro-active library for teachers, establishment of a network of teachers in the city, and a city-wide Hebrew-Arabic language exchange procedure.

The goal of the group of pioneers in the coming school year will be to deepen the initiatives, build a customized work plan for each initiative, recruit partners for the process and start a pilot throughout the city. In addition, the group will work to recruit more pioneers from the city and additional schools.

!View the initiatives and pioneer meetings

End of the year video by an educational pioneer in Harish 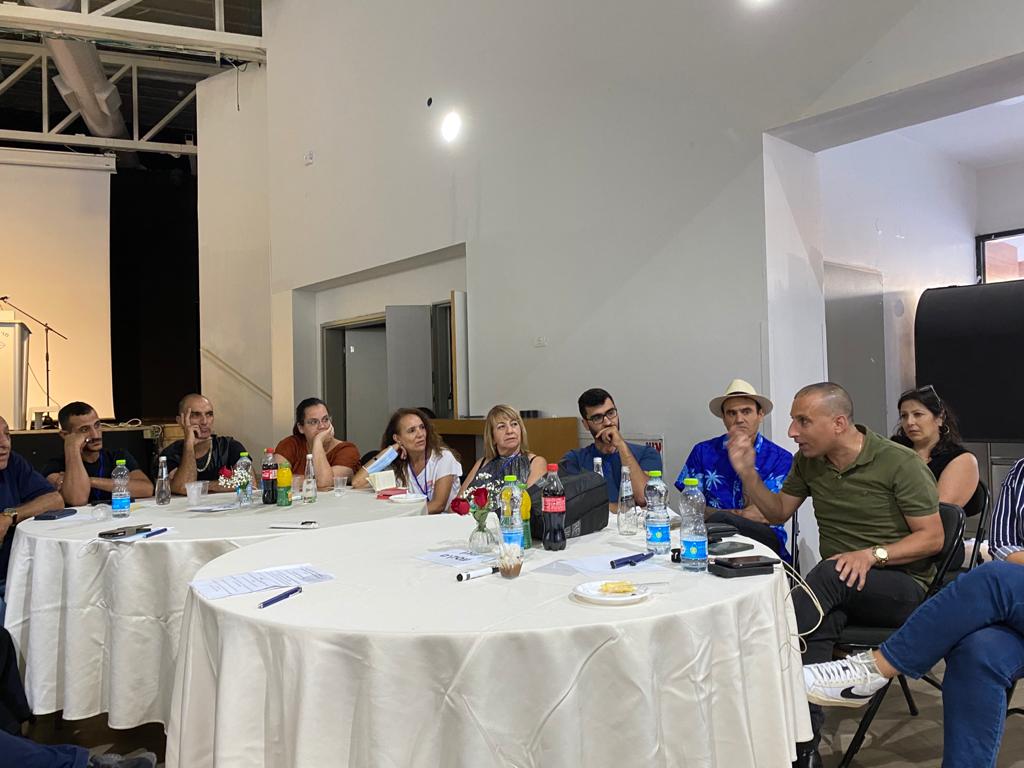 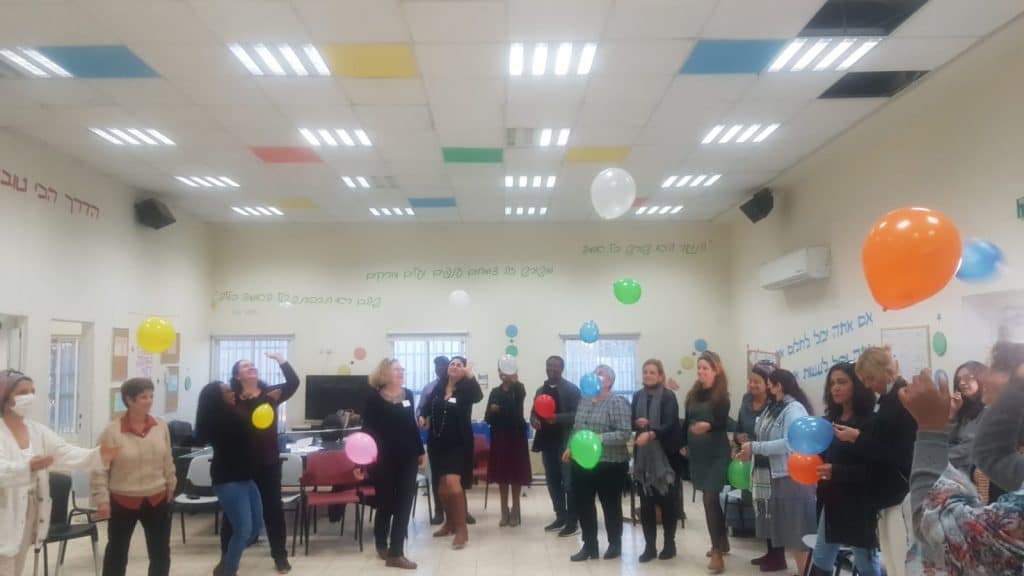